Europe finds itself in an ambivalent position. On the one hand, repelled by Trump’s style of politics. On the other, fearful of Kissinger’s scenario materialising: Europe’s decline towards an appendix of a Chinese Eurasia.

From Kuka’s industrial robots over Silex’s micro-electrical systems to Krauss-Maffei’s machines: European craftsmanship, creativity, and innovation are the envy of the world. The many European hidden champions are embedded into a deep web of suppliers and partners extending into the smallest corners of Europe. Their operations not only safeguard the old continent’s prosperity, but also form the backbone of its societies.

Although there have recently been announcements about an easing in joint venture constraints for car manufacturers in China, forced technology transfer is still happening en masse. A recent study by the EU Chamber of Commerce in China found that ‘unfair technology transfers continue despite government assurances.’ 19% of the 532 respondent chamber members reported that they were affected by forced technology transfer. The number of unreported cases is probably even higher due to retaliatory concerns.

Most policymakers have (or should have) woken up to the fact that elites at Zhongnanhai have chosen ‘Perestroika without Glasnost’. China’s system depends upon the symbiosis of the state and the economy. The trade negotiations of the US administration with China (while dubious in style) show that China does not intend to change its economic system any time soon.

It would be naïve to wait until the sell-off of European companies to China is over. After all economic policy is a means to an end – and not an end in itself. Policy should be guided by reason and providence. The time for dogmata and ivory tower theories is up. 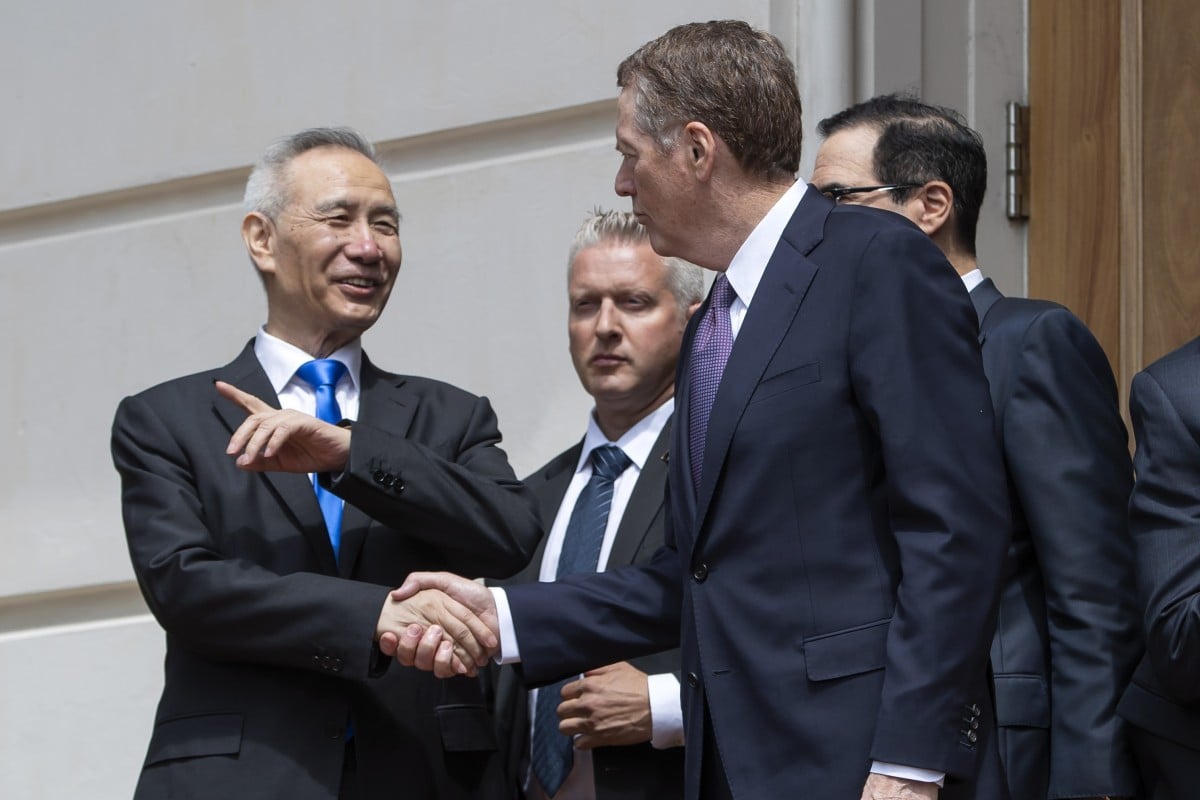 Germany’s dilemma is that its security is dependent upon the US while its economy increasingly is not.

More so, the US is becoming increasingly less popular in Germany. Richard Grenell, US ambassador to Germany, seems to be spurred on by this very fact.

Some even refer to him as the ‘most undiplomatic diplomat in Berlin’.

Certain issues (such as the heightened energy dependence on Russia & the close relationship between Huawei and the Communist Party of China) rightly deserve attention.

However, what many people take issue with are:

The rationale against the pipeline-project is that Germany risks becoming too dependent upon Russian energy. In that line of thought, Germany would be exposed to Putin’s mood swings.

Yet unless Putin decides to go on a Kamikaze mission, it seems rather unlikely that Putin will decide to turn off the gas pipeline.

It’s safe to assume that Putin knows about the linkage between the energy cash-flows and the stability of his regime – especially whilst monitoring what’s happening in Venezuela.

Yet what’s really behind the smoke and mirrors?

As the EU’s demand for gas continues to rise, its own supplies begin to run out. The EU is now faced with a bifurcation.

The US is (surprisingly) the biggest producer of the latter, and now keen to become the biggest exporter, too.

However, shipping LNG across the Atlantic is expensive and the required terminals to unload LNG in Europe are not in place yet, which makes option 1 (see above) more attractive.

One might sense economic interests masked behind security concerns.

But would the US really …?

Speaking about US concerns of using one’s leverage in one domain to exert power in another (i.e. Russia’s energy geopolitics), let’s travel 3000km south-eastward towards Teheran.

Foreign-policy and trade hawks in D.C. have discovered the power of the US’ global financial might (derived by the USD being the world’s reserve currency).

If that’s not enough, the US increasingly threatens traditionally close allies with secondary sanctions.

In this specific instance, the US intends to nudge Germany away from conducting business with Iran, and thereby providing funds to the ‘leading state sponsor of terror’.

Iran is by far not a saint. It supports militias in different places ranging from Lebanon to Syria. Its track-record on human rights issues is appalling.

Yet it is irritating to see how Iran is being demonised and bashed, while Saudi Arabia seems to get a blank cheque for close to anything (ignoring the fake US outcry about the Khashoggi murder).

US hawks, such as National Security Advisor John Bolton, openly advocate Iranian regime change for the sake of ‘liberating’ the Iranian society.

It seems like Mr. Bolton should attend a ‘History 101’ session on the Middle East. Wasn’t there a link between the overthrow of Mossadegh by the US in 1953 (‘Operation Ajax’) and the Iranian revolution in 1979 …?

At the same time, the US turns a blind eye on Saudi Arabia.

While this doesn’t acquit Iran of any of its human-rights violations, it puts a lot of things about US foreign policy into perspective:

Something the public fortunately increasingly acknowledges:

Last but not least, let’s turn to the latest friction point between Germany and the US:

Last week, Mr. Grenell advised Peter Altmaier, Germany’s Minister of Economic Affairs, to cut ties with Huawei. If Germany were not to follow order, it would risk losing access to US intelligence.

An allied diplomat threatening a German minister.  So much for the state of the transatlantic alliance.

The US’ recommendation is rooted in the fear that Huawei’s infrastructure could become a Trojan horse for the CCP’s spying activities.

There has neither been proof for the US suspicions (1) nor for the technical feasibility of the accusations (2).

More so, it’s a rather bold move by the US to warn about the dangers of spying – merely six years after the NSA’s spying excesses in Germany have been uncovered.

In reality, leading US public officials have realised that the 21st Century great power struggle will be decided within the realm of technology – especially A.I. and 5G.

Losing to a competitor, that embodies to some an alternative model, would fundamentally question the appeal of the US’ model.

Yet it seems that some on Capitol Hill are afraid about the competition of systems.

Meanwhile Germany got an amuse-gueule of what it will feel like to be caught up in this century’s great-power struggle.

Four more days until Kim Jong Un, North Korea’s leader, and Donald Trump, President of the US, are expected to meet in Singapore (12.06). Officials on both sides are working behind the scenes to lay the ground for the historic meeting. Meanwhile Japan’s PM Abe has flown to Washington to convey his country’s security interests, fearing they will be overlooked.

Why does it matter?

It seems unlikely that North Korea and the US will reach a decisive deal next week. Too big are the remaining differences. Both parties have different interpretations about what ‘denuclearisation’ means. The US’ interpretation is CVID: complete, verifiable, irreversible denuclearisation of North Korea. Meanwhile the North Koreans only seem willing to denuclearise under the condition that the US withdraws its troops from the Korean peninsula.

Most negotiations involve compromises. How far each side is willing to go will be seen. North Korea crossed a red-line last year when it tested ICBMs (Intercontinental Ballistic Missiles) capable of reaching the United States. A possible first step towards a more comprehensive denuclearisation might involve the abolishment of the ICBMs in return for gradual sanctions relief. The meeting should focus on creating a diplomatic framework for further negotiations. A meeting with no deal and no diplomatic roadmap in sight would signal that diplomacy has failed. A realisation that every party would want to avoid.